1 : a literary work holding up human vices and follies to ridicule or scorn
2: trenchant wit, irony, or sarcasm used to expose and discredit vice or folly 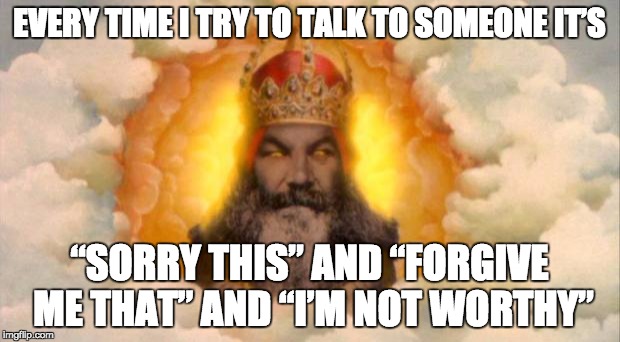 I’m a member of the defunct Colbert Nation. I stood in line to get in the show. I (well, my beloved wife) caught the WristStrong bracelet. I’m a fanboy. So there.

More importantly, I’m a believer in political and religious satire. I believe Jon Stewart and Stephen Colbert were the most honest pundits on television. The issue Gladwell raises, however, is whether their honesty made a difference. Does satire work?

The answer, as always, depends on one’s measure of effectiveness. For many of us, the most important thing is the very act of speaking truth, the consequences of which are beyond a truth speaker’s control. This is where Gladwell slightly misses the point.

I take it for granted that “people bind themselves into political teams that share moral narratives. Once they accept a particular narrative, they become blind to alternative moral worlds” (Haidt, xxiii). But I would say blind and deaf—and tone deaf. So it’s no surprise to me that many conservatives experience The Rev. Sir Dr. Stephen T. Mos Def Colbert, D.F.A., Heavyweight Champion of the World, as actually skewering liberals with tough questions.

Emily Dickinson’s poem “Tell All the Truth, But Tell it Slant” is one of my favorites:

Satire is a way of telling truth slant. But if every man is already blind, dazzling gradually is a futile exercise.

What is the point of satire, then? Is it just to make some of us laugh? Is it merely a last resort for those who have to either laugh or cry? This is the question that makes Gladwell’s podcast so interesting. If satire doesn’t make people switch teams, and if it even feeds the narratives that set those teams, is its attempt to speak truth pointless?

I think there is big difference between satire failing to overcome our tribal narratives and satire making no difference at all. I see at least four ways that satire makes an important difference.

And most of us need to take ourselves way less seriously. The way satire modulates the tone of political or religious discourse is no small contribution. Of course, the most serious often can’t take a joke, but that is the point: they then become the joke, and everyone pays attention to the fact that how we talk about things is as significant as what we say. And in fact, we’re often allowed to say nothing meaningful as long as we say it with all propriety. Or we’re allowed to filter important issues provided that our negligence is decorous.

There are a number of things going on here: indecipherable Christianese, annoying and/or lame ways of speaking, and an avoidance of “bad” words that is already pretty comical without satire. And the thing is, if you know us, you know we say these kinds of things in all seriousness. These are serious matters for a serious faith in a serious God. Hence the last line: “I find that offensive.” I know a lot of Christians for whom being offended is the needed first step on a long road of getting over themselves.

2. Satire is a safer space to air dirty laundry.

It’s not safe, necessarily, because those really serious people are often the ones with the power to make you pay for honesty. But it’s safer, because it’s disarming. It is truth told slant, so it is sometimes the only place a truth gets spoken. For those who are part of a team but questioning from the inside, satire is a way to voice dissent. By making our nonsense funny, satirists engage everyone who laughs in a discussion about it being nonsense. It may not ultimately change minds, but it becomes a forum in which more people can say, “That’s funny, because it’s both true and ridiculous.”

Airing dirty laundry is not really about changing minds or policy. Unlike a liberal comedian satirizing conservative politics or atheists making fun of believers, this is about turning the funhouse mirror on one’s own team (Colbert did this a lot with his own Christian faith). In Christian circles, The Babylon Bee is playing this game well (following The Onion‘s lead on a broader cultural level).

3. Satire is a wise way to speak truth to people who haven’t picked a team.

When you are satirizing on behalf of your team, you may not change the narrative of those who are already dug in, but lots of people are “independents,” so to speak. This is especially the case for younger generations, and it would be naive to think Stewart and Colbert didn’t shape the political dispositions of young viewers who weren’t already identified with a narrative.

4. Satire is the strongest way to perform a particular kind of truth telling: calling bullshit.

Here is Stewart’s last rant. My best friend and authenticity guru, Bryan Tarpley, and I had already been discussing the idea of bullshit detection in relation to the postmodern cultural value of authenticity, and I had brought up Stewart and Colbert in our conversation before this aired. It could not have been a more fitting finale.

The thing is, calling bullshit just demands a certain kind of dramatic wit. One may simply point out inaccuracies or observe problems. But when it comes time to expose insidious inauthenticity, it’s often best to say “bullshit” with flair.

And this, I’m convinced, is why Stewart and Colbert were so popular with Millennials. Authenticity is a deeply held cultural value, and their shows were a tutorial in tuning our political bullshit detectors. As much as particular political positions, they satirized the form of media—political spin and talking-head punditry—that peddles political bullshit in the package of honest, unbiased reporting.

The claim that Millennials got their news from Comedy Central was not about which way they leaned politically but how supposedly trustworthy news sources failed to pass their bullshit detector test and how Stewart and Colbert made that very problem their bread and butter. Whose headlines are more valid: the “real” news show loaded with bullshit or the “fake” news show whose primary schtick is point out that bullshit?

Regardless, naming falsehood, inauthenticity, and hypocrisy often calls for the cutting edge that satire achieves. Whether or not it wins hearts and minds, whether or not everyone gets it, it is the right art form for the message.

Maybe in another post I’ll think about some of my favorite biblical satire.

One thought on “On Satire”

This site uses Akismet to reduce spam. Learn how your comment data is processed.